Android 12L Is Here For Tabs, Foldables: New Features And Steps To Enrol To Android 12L 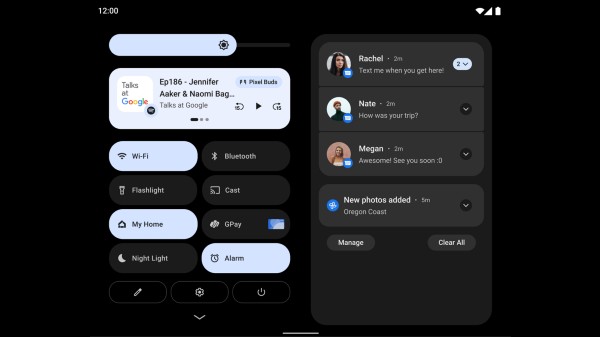 Google further explained that there are over 250 million active large screen devices that run Android. Google has also recorded nearly 100 million new Android tablet activations in the past 12 months. This is why the new Android 12L OS would benefit these users with a curated experience for large screens and displays.

Google said the Android 12L will arrive next year just as the next-gen Android 12 tablets and foldable phones release in the market. The upcoming Lenovo P12 Pro tablet would be the first device to launch with Android 12L. Google also said it’s working closely with OEMs to introduce the Android 12L features to the large displays.

Several new features have arrived on the Android 12L, including bigger notifications, overview, quick settings, and more. Google has also added a new taskbar on the large screen that enhances multitasking. For instance, you can switch instantly to your favorite app on the fly. The split-screen mode has also got an upgrade, where you can simply drag and drop from the taskbar to run an app on the split-screen.

More importantly, Google is bringing in optimized apps that are compatible with Android 12L. Google has introduced new checks to assess each app’s quality on the large screen app quality guidelines on Android 12L. When an app isn’t optimized for a large screen, users will get a warning message about the same.

“We’ll also be introducing large screen-specific app ratings, as announced earlier this year, so users will be able to rate how your app works on their large screen devices. These changes are coming next year,” Google said in an official blog post.

How To Enrol To Android 12L?

Step 2: You can download the emulator on Android Studio

Step 3: Next, you need to follow the instructions to complete the setup to access Android 12L on your tablet or other large-screen devices.

Google says it won’t bring in Android 12L support to regular smartphones as most of the new features won’t be suitable. The new Android version is dedicated to tablets, foldable phones, and ChromeOS devices. Also, Google plans to begin Android beta enrollments for Pixel phones later.

Redmi Note 11S smartphone has been part of leaks and rumours for quite a few weeks now. The specifications of[...]

While Asus introduced three versions of the ROG Phone 5 at launch time a few months ago, the top-end ROG Phone[...]