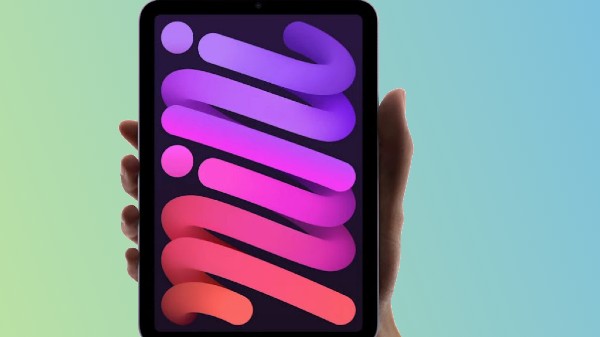 Alongside the iPad (9th Gen), the company also unveiled the Apple iPad mini (6th Gen). This new iPad variant comes with several notable improvements. Firstly, there is a larger and upgraded display, considerable performance improvements, a sleeker design, an improved camera and much more.

On the availability front, the new iPad mini model will be up for pre-order from today in select markets including the US just like the iPad (9th Gen) and the shipping will debut next week, to be precise on September 24. Notably, it has been launched in Space Grey, Purple, Starlight, and Pink colors.

The Apple iPad mini (6th Gen) sports an 8.3-inch Liquid Retina display with slim bezels as compared to the relatively smaller 7.9-inch display on its predecessor. There is support for 500 nits of brightness, an anti-reflective screen coating, P3 wide color gamut, full lamination, and True Tone.

On the hardware front, the Apple iPad mini latest model includes an A15 Bionic chip that powers the newly announced iPhone 13 series. This processor is claimed to deliver 40% improved performance, and the 5-core GPU is touted to be 80% more efficient in delivering graphics performance as compared to the previous generation model with Apple A12 Bionic chip.

While there are narrow bezels on this model that make it sleeker as compared to its predecessor, the company has moved the Touch ID to the top button of the device. There is support for 2nd Gen Apple Pencil that will cling magnetically to the iPad mini for wireless charging as well as pairing. The device also features landscape stereo speakers.

In terms of imaging, the latest iPad mini model comes with an updated 12MP ultra-wide-angle camera. Also, there are connectivity features including 5G, Wi-Fi 6, and a USB Type-C port. The iPad OS 15 brings notable aspects such as Center Stage and the 12MP camera at the rear has Fixed Focus and True Tone Flash.

Honor 60 specifications have appeared in detail just ahead of the official launch. The new Honor phone is tipped to[...]

Indian smartphone industry might have hit speed bumps on component supply crunch but the resilient sector is poised to see[...]

Lenovo Legion Y90 is currently under development and it has now been spotted on China’s 3C certification website. The gaming[...]