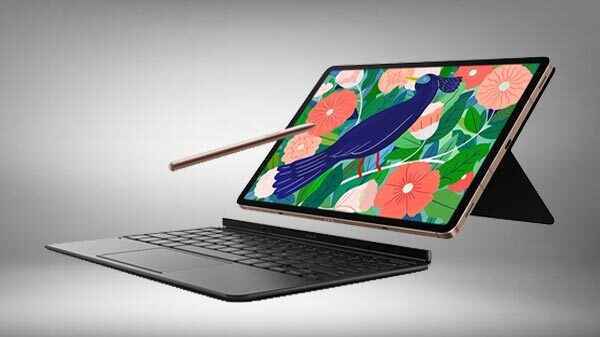 The trio is said to come in three variants – Wi-Fi, LTE, and 5G and will have an optional keyboard accessory, quad speakers, which are rumored to be tuned by AKG.

Considering the name, we can safely assume the Ultra model will be the top-end variant of the lineup. The Galaxy Tab S8 Ultra is leaked with a 14.6-inch OLED panel with a 120Hz refresh rate. It is said to come with an in-display fingerprint sensor and will measure 5.5mm thickness, and weighs 650 grams. Further, the tablet will be available in two storage variants – 8GB RAM + 128GB and 12GB RAM + 512GB storage options.

The tablet is also rumored to have a dual-camera module on both sides. The front cameras might offer an 8MP main lens and a 5MP ultrawide lens, while the rear panel is expected to get a 13MP primary sensor and a 5MP secondary sensor. Besides, a 12,000 mAh battery with 45W fast charging support will fuel the tablet.

Samsung has not shared its word regarding the upcoming Galaxy Tab S8 series tablets. The processor details of these tablets are also still under wraps. However. considering other features and price, we expect the upcoming Samsung tablets will ship with the Snapdragon 888 chipset. Moreover, the tablets with flagship-grade features can be a great competitor against Xiaomi’s upcoming Mi Pad 5 lineup and even it can beat some flagship smartphones as well.