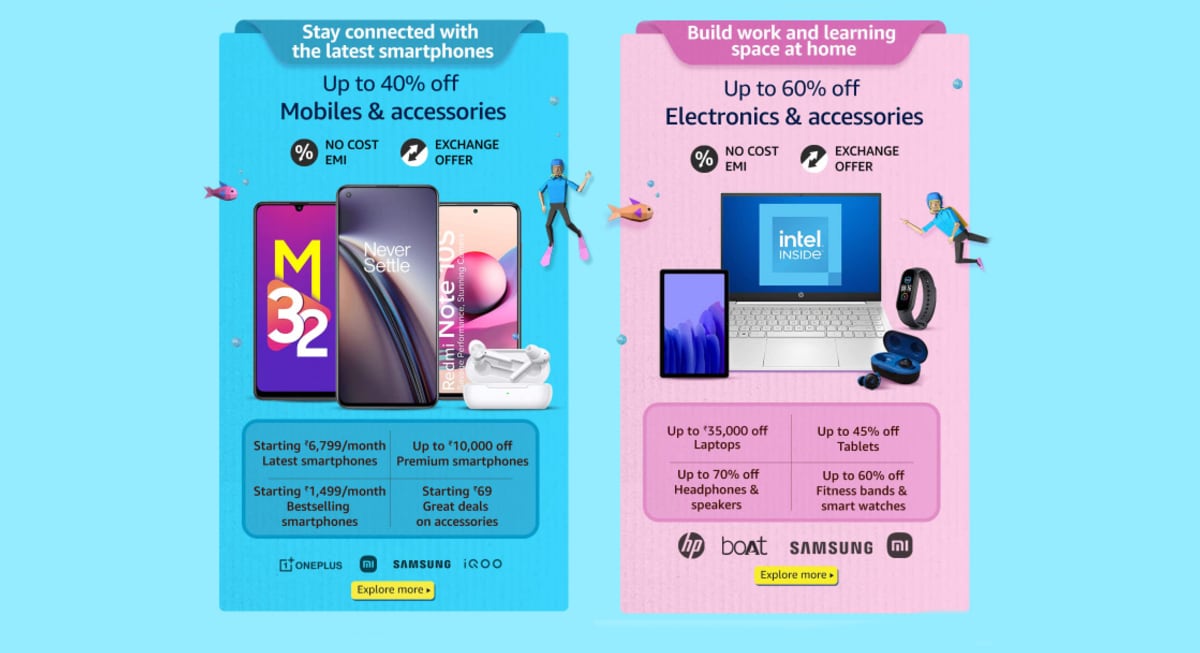 Amazon is hosting its annual Prime Day shopping event from July 26 to July 27. The e-commerce giant will offer great deals and discounts to Prime members in this two-day extravaganza. Smartphones and consumer electronics brands like OnePlus, Xiaomi, Samsung, Apple, HP, Sony, Amazfit, and Lenovo are participating in the sale. Amazon will be offering up to 40 percent off on smartphones and up to 60 percent off on consumer electronics. It has also partnered with HDFC Bank to offer a 10 percent instant discount to cardholders, including on EMI transactions. Prime members will get 5 percent reward points on Prime Day purchases with Amazon Pay ICICI Bank credit card.