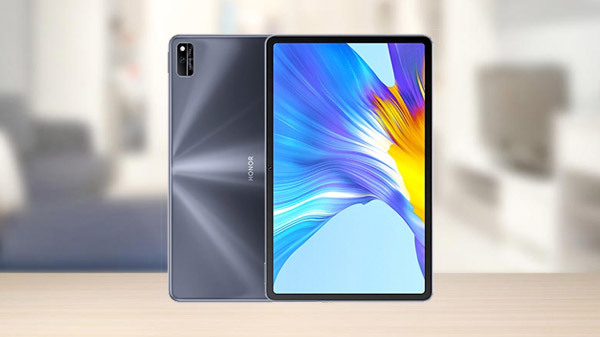 We already know Honor is gearing up to launch the Magic 3 series smartphones on August 12. The brand is also confirmed to introduce the Honor Tab V7 Pro tablet at the same event. Besides, the official teaser has recently revealed the upcoming tablet will come with a pen stylus and keyboard accessory. Now, fresh info has revealed the detailed features of the Honor Tab V7 Pro tablet ahead of the official announcement.

The features of the tablet came via MySmartPrice (in collaboration with tipster Mukul Sharma). Apart from the features, the report does not reveal anything regarding pricing and availability. Besides, we still don’t know whether the brand has any plan to launch the tablet in the Indian market.

Moreover, the tablet is said to run Magic UI 5.0 and pack a 7,250 mAh battery which will support 22.5W fast charging tech. The Honor Tab V7 Pro will feature a dual-rear camera setup that will house a 13MP primary sensor and a 2MP macro shooter. The report also suggests the tablet will be available in both the LTE and Wi-Fi variants.

The pricing of the tablet is unknown at this moment. Looking at the features, one can safely assume the upcoming tablet will be a high-end offering. However, it seems the tablet will skip the front-facing sensor which can be a drawback.

Besides, it is also expected to complete the upcoming Xiaomi Mi Pad 5 which is also said to come with a stylus pen and keyboard case. Besides, the Mi tablet is said to run the SD870 chipset, 65W charging, and so on.