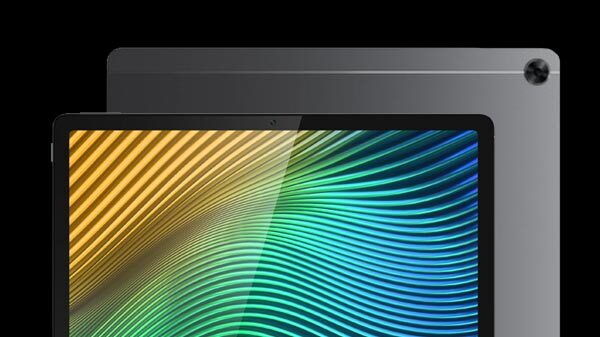 The design of the upcoming Realme Pad was recently teased by the company. Going by this, the tablet will come with a slim and lightweight design, making it easy to carry. Further, the brand has confirmed that the tablet will be just 6.9mm in thickness. The Realme Pad is also said to have a dual-tone finish on the back and thick black bezels around the display.

For features, the Realme Pad is confirmed to retain an AMOLED panel that could measure 10.4-inch and will offer an FHD+ resolution. The Geekbench listing also revealed that the Realme Pad will ship with the MediaTek Helio G80 chipset that will be paired with 4GB RAM and 64GB onboard storage with support for further storage expansion options.

There could be another 6GB RAM +64GB ROM model. For imaging, the Realme Pad is said to use an 8MP sensor at both the front and rear panels. Additionally, the tablet will run Android 11 OS and pack a 7,100 mAh battery. Other features will include a power button, two speakers, a USB Type-C port for charging and there will be a small cutout at the bottom, which is expected to be a hold for the stylus pen.

The pricing details are still unknown. Considering its features, we can safely assume the Realme Pad will fall under the mid-range segment. The AMOLED panel and its design are going to be the best-selling parts. It also remains to be seen whether the brand can beat other tablets’ brands in the country. Moreover, the Realme Pad will be available via Flipkart after its launch and is said to come in Grey and Gold color options.