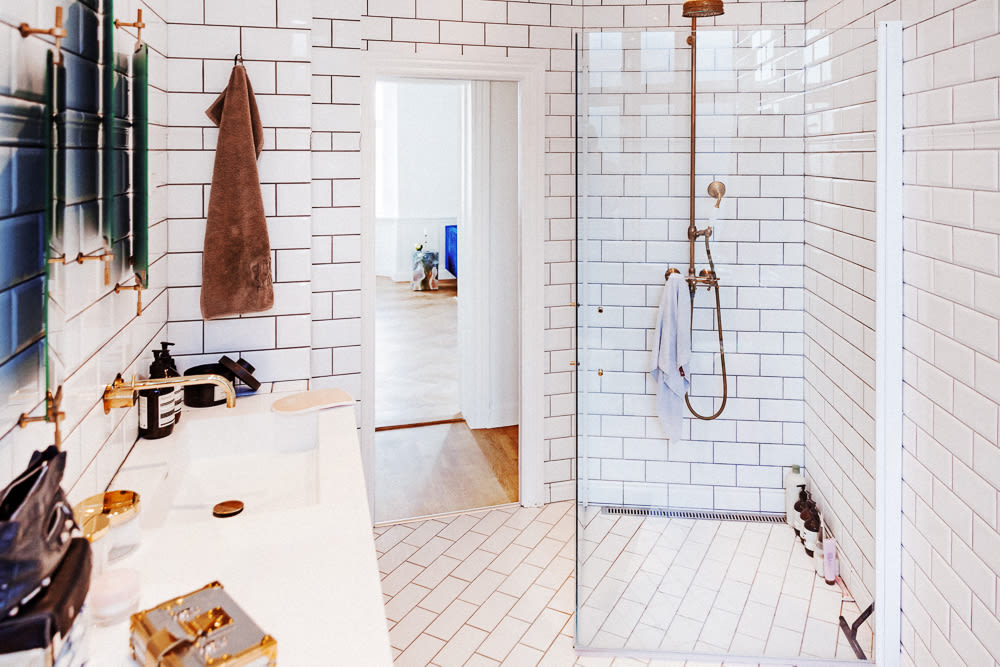 Welcome back to Point/Counterpoint—everybody’s favorite intermittent beauty debate column. Recently, you may have seen headlines about the celebrity take on bathing. Call it clickbait, call it a grab at fleeting relevance… We’ll call it like we see it: a question that deserves answering so we can stop thinking about the varying degrees to which famous children are smelly. This time, we’re tackling the debate with a special edition, folks. Instead of throwing our own hats into the ring, we got two board-certified dermatologists to take the question on. On one side of the aisle, we have outspoken frequent showerer Dr. Corey L. Hartman. On the other is Dr. Ranella Hirsch, who smells great and does not believe skipping a shower is the end of the world. This is Point/Counterpoint. It’s going to be a good, clean fight.

Point, from Dr. Corey L. Hartman: I believe that everybody should bathe every day. It makes you smell better, it makes you feel better… and there are all sorts of things that can occur if you allow bacteria and sweat to sit on the surface of your skin. You can start getting folliculitis, other infections like yeast and fungus, or even just develop acne, which can lead to discoloration and scarring.

To me, the only argument [against bathing] is that it over-dries your skin. But even for people with dry, sensitive skin, or people with eczema, I recommend bathing every day. And that does not take away from the fact that regular people who don’t have eczema need to be bathing every day! There are things you can do for [dryness], so it’s a non-issue—don’t come for me in the comments. I recommend using non-fragranced soaps with low preservatives, something mild like Cerave or Vanicream that has a more hydrating, moisturizing base and doesn’t contain things like sodium lauryl sulfate which can irritate sensitive skin. If you combine hot showers, and harsh soap, and you’re not moisturizing after, you’re going to develop itchy rashes. It’s not like the bath has to be 30 minutes, and you don’t have to be lathering with special strong soap.

As far as lathering up with soap and really aggressively scrubbing, save that for your neck, your armpits, and the places where skin touches skin. You don’t need to do that all over your body. But to only wash those places… There are a billion names for that, but my mom used to call it a hoe bath. That’s nasty. I just think that’s gross, and it’s not sanitary. If you’re going to get in the shower, wash everything. Our skin requires a level of refreshment, from the environment, microorganisms, and sweat, on a regular basis. Just the act of getting that layer off does a lot.

Counterpoint, from Dr. Ranella Hirsch: The truth of the matter is, washing is very different from an extensive shower. And this idea that we all need to shower every day and scrub our skin to death… that’s wrong too! What needs to be cleaned regularly are the places odor comes from, and we know that the vast majority of glands that deal with odor on the body are in your underarms, your behind, and your adult private area. Even if you were to jump in the shower for 30 seconds, long enough to quickly wash your groin, underarms, chest, and buttocks, that’s 90-percent of it right there.

There are also cultural differences, right? I want to be sensitive to the fact that if I make some statement like ‘This is the right answer,’ there are many people who won’t have regular access to it. There are countries where it’s a tremendous luxury to be able to shower once or twice a day. And actually, we always teach parents who have little babies with eczema that eczema is a first-world condition: in parts of the world where they bathe children twice a week, eczema barely exists. It’s because we tend to over-wash and over-strip the skin.

One major way that skin retains moisture is from the environment. When you walk around in the summer and it’s sticky, that’s ambient humidity—there’s water in the air, and it’s why your skin doesn’t tend to be as dry. When you get to winter, the air is much drier, but you’re also dealing with wind, you’re wearing more clothes, and you’re cranking up the heat indoors. You’re basically creating a perfect storm of conditions that are super dry on skin that’s at its driest point. The smart thing to do is take a very brief shower, not too hot, use a gentle cleanser, get out and pat the skin dry, and put on a moisturizing product. But I think we should stop making rules about this stuff—right is what’s right for you, and nothing is going to happen if you skip a shower.

All that being said… what say you? Join in the conversation below.