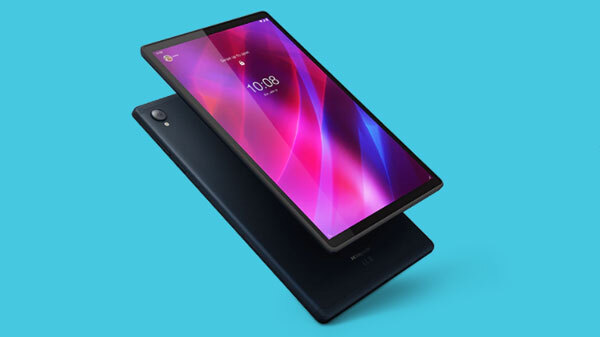 Lenovo recently launched the Yoga Tab 11 tablet in India. Now, the brand has brought another tablet named the Tab K10. The tablet is based on the MediaTek processor and includes a massive battery. There is a battery-less version that is aimed at enterprise customers.

The Lenovo Tab K10 comes with a 10.3-inch full-HD (1920×1200 pixels) TDDI display with 400 nits peak brightness and 70.3 percent NTSC coverage. The tablet also supports a stylus pen and is powered by the octa-core MediaTek Helio P22T SoC paired with PowerVR GE8320 GPU and up to 4GB of RAM and up to 128GB of onboard storage that also comes with additional storage expansion of up to 2TB.

Moreover, the Lenovo Tab K10 runs Android 11 OS (upgradable to Android 12). For cameras, there is an 8MP single rear camera with LED flash and a 5MPselfie camera sensor at the front. A 7,500 mAh battery fuels the tablet that supports 10W charging.

The price of the high-end 4GB + 128GB option is yet to be revealed. Moreover, the tablet has been launched in a single Abyss Blue color option. The tablet is already up for grabs on the official website which is also giving several offers on the Lenovo Tab K10.

Lenovo Tab K10: Should You Buy?

If you are looking for a budget tablet with a large display, battery, and capable processor, then the Lenovo Tab K10 would not be a bad choice. In this range, the Realme Pad can also be a good alternative to the Lenovo Tab K10 tablet.

iQoo 9 specifications have been tipped online ahead of its official announcement. The new iQoo phone, which is speculated to[...]

Vivo Y55s 5G was launched in China on Wednesday, marking the newest 5G-equipped addition to the company’s Y-series portfolio. As[...]