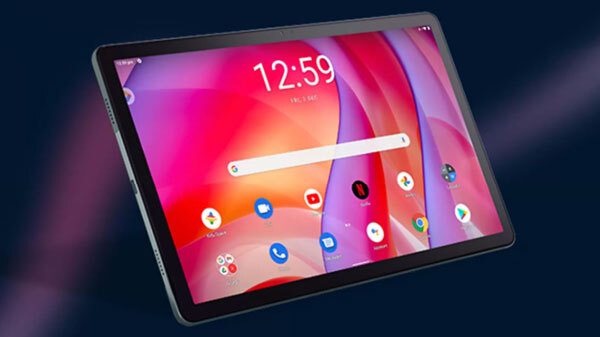 We already know Motorola is all set to launch a new tablet named the Moto Tab G70 in India. Recently, the launch was teased on Flipkart. The dedicated microsite for the Moto Tab G70 tablet on the e-commerce site has also revealed design and features. Now, the launch date has been confirmed via Flipkart. The tablet will come under the mid-range segment which will compete with other tablets from brands like Samsung, Lenovo, and so on in the country.

The Moto Tab G70 tablet is launching on January 18 during the Flipkart Big Saving Days sale which is scheduled to begin from January 17 and will run until Jan 22. During the sale, ICICI Card users will also get a 10 instant discount on every purchase.

Starting with the design, the Moto Tab G70 tablet will flaunt a sleek and premium metal design. There will be a dual-tone finish at the rear panel and single-camera sensors on both sides. The device will be powered by the MediaTek Helio G90T SoC which will be paired with 4GB of RAM and 64GB internal storage with support for additional storage expansion of up to 1TB using dedicated microSD.

Upfront, the tab is confirmed to feature an 11-inch LCD 2K display with support for 400 nits of peak brightness. It will also come with an HD certification to deliver high-quality content on OTT apps like Amazon Prime Video & Netflix. There will also be a quad-speaker setup with support for Dolby Atmos, Google entertainment space, IP52 water repellent design, Google Kids Space, TUV certified for eye protection, and so on.

The pricing of the Moto Tab G70 tablet is still unknown. Considering its features, we expect it will come at around Rs. 25,000. It will be better to take it as a hint. However, you can also get a 10 percent instant discount on the Moto Tab G70, if you are purchasing using ICICI Bank cards.

Additionally, the tablet will be available in both Wi-Fi only and Wi-Fi+LTE options in the county. It will also be available in Modernist teal color variant. We expect it can be purchased starting January 18 itself.

Apart from the Moto Tab G70 tablet, Motorola is also expected to launch the Moto Edge X30 smartphone this month or next month. The device was recently spotted on the BIS listing. However, the brand has not shared any details yet.

OnePlus 10 series launch is said to be just around the corner. The upcoming flagship smartphone series from OnePlus has[...]