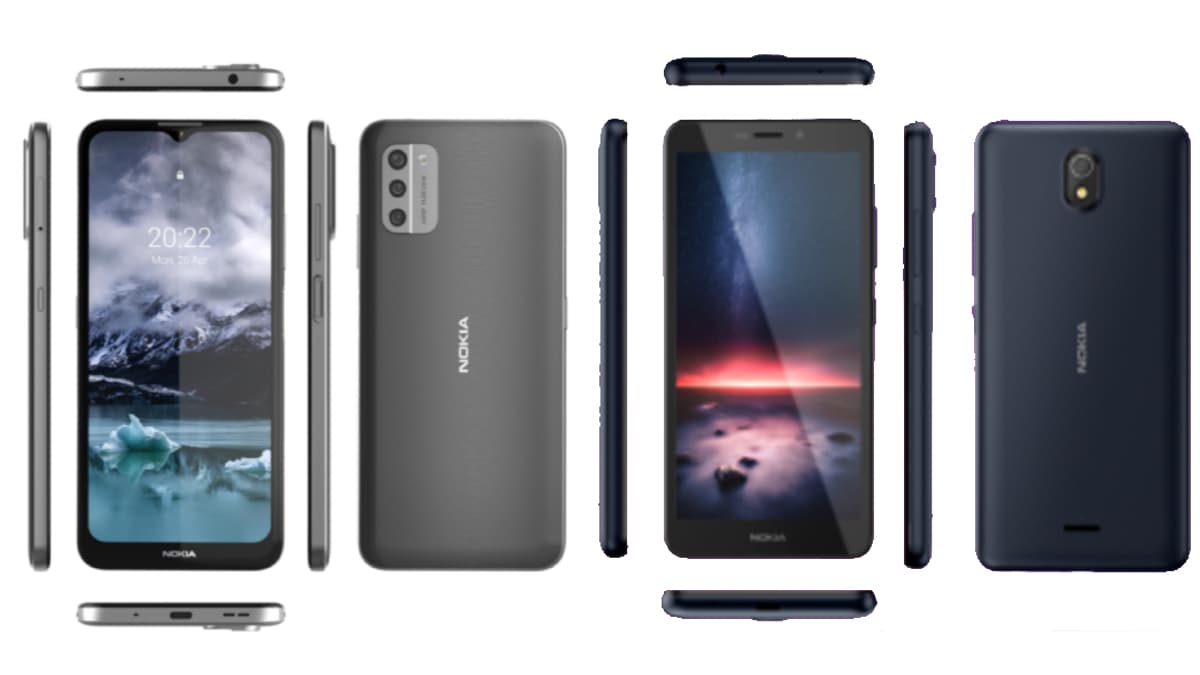 Nokia brand licensee HMD Global is reportedly gearing up to launch a bunch of new smartphones. Official-looking renders of the yet-to-be-announced four new Nokia handsets have leaked online, showing the design and few specifications. The images also suggest the camera module designs as well. Details about the names of the phones are unknown at this moment. The rumoured Nokia phones are tagged with the model names N151DL, N150DL, N1530DL, and N152DL. Based on the renders, Nokia N152DL appears to be the most premium offering among the four new smartphones.

The new Nokia phone renders were shared by known tipster Ev (@evleaks). As mentioned, the handsets are represented with their model names — N151DL, N150DL, N1530DL, and N152DL.

Nokia N150DL is seen to have a waterdrop-style notch display to house the selfie camera, a Black back panel, and a 3.5mm audio jack. The renders show the rear camera module as well.

Renders of the Nokia phone with model number N150DL show a slight change in design. The leak suggests a waterdrop-style notch display and a triple rear camera unit The rear cameras, along with LED flash, are seen arranged on the upper right corner. The renders further show a side-mounted fingerprint sensor, a 3.5mm headphone jack, and one microphone on the top of the handset. A USB Type-C port, a microphone, and a loudspeaker are seen on the bottom of the phone.

Renders of N1530DL show a design similar to Nokia C1 2nd Edition, with a centrally placed camera module on the back. It may come as an entry-level phone since there is only one camera.

Nokia N152DL is likely to be the most premium offering out of the four phones. The handset is seen to have a metallic frame and feature a waterdrop-style display notch, a fingerprint reader, and a Google Assistant button. The purported Nokia phone is likely to feature triple rear cameras as well.

As of yet, Nokia has not confirmed the development of new models with the N1-model number scheme. So, this information should be considered with a pinch of salt.

Vivo V23e 5G was unveiled in Thailand on Tuesday. The smartphone comes just hours after the launch of the Vivo[...]

OnePlus Nord is getting a new finish called ‘Gray Ash’ alongside the OnePlus 8T. The phone was launched in July[...]