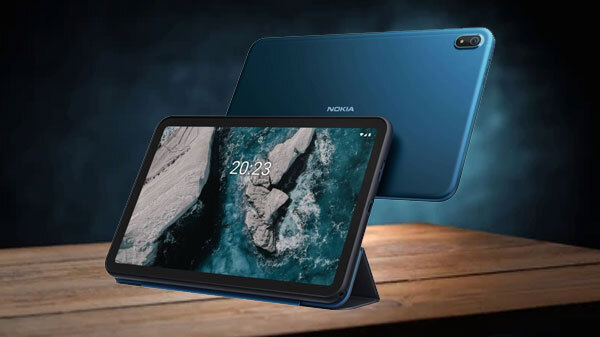 Nokia T20 Tablet was originally launched earlier this month. Now, the brand is all set to launch the latest tablet in the Indian market. The exact launch date is still under wraps; however, the launch seems just around the corner. A dedicated microsite for the Nokia T20 tablet has also gone live on Flipkart which also confirms the availability of the tablet on the e-commerce site. Check out how much the tablet will cost in the country.

The Nokia T20 tablet will offer similar features in India as the international market. So, the tablet will have a 10.4-inch display that delivers 2000 x 1200 pixels resolution, a pixel density of 226 PPI, 400 nits of brightness, and a standard refresh rate of 60Hz.

It will run Android 11 OS and the tablet also promises to receive two years of software updates and three years of security updates. The Nokia T20 Tablet will be powered by an 8,200 mAh battery with 15W fast charging (10W charger in the box) support.

The processing will be handled by the octa-core Unisoc T610 chipset which will be coupled with 3GB/4GB RAM and 32GB/64GB storage options. The 64GB of onboard storage can also be expanded up to 512GB via a microSD slot.

Other aspects will include Google Kids Space, dual microphone, stereo speakers, and measures 247.6 x 157.5 x 7.8mm, and it will weigh 470 grams. For connectivity, the Nokia T20 tablet will come with LTE support, Wi-Fi 5, Bluetooth, GPS, a 3.5mm audio jack, and a USB Type-C port.

The launch of the Nokia T20 tablet is expected to take place before Diwali. We will suggest you to take this as a hint until the brand confirms anything. In terms of pricing, the tablet carries a starting price of EUR 200 (roughly Rs. 17,200) for the Wi-Fi-only variant.

Motorola Moto G41 launch seems to be around the corner as a tipster has shared some official-looking renders for the[...]

Xiaomi 12 series is confirmed to launch in China on December 28 and teasers of the smartphones have started surfacing[...]

Motorola Edge S30’s launch seems imminent as the smartphone has been spotted with a US Federal Communications Commission (FCC) listing.[...]