Nokia Tablet Confirmed To Be Unveiled On October 6: What To Expect? 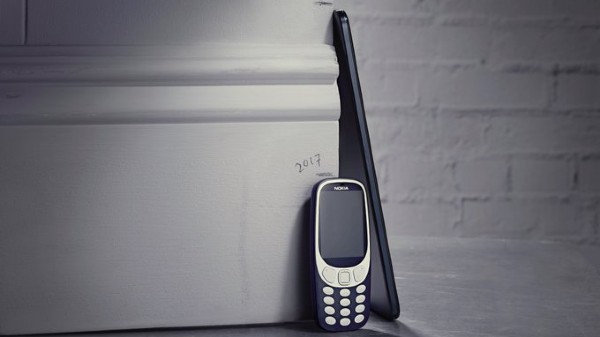 Last week, HMD Global, the company that holds the license for Nokia Mobile and launches these offerings into the market, teased an event for October 6. The teaser of the online event did not reveal the exact details of what devices might be unveiled at the event next week. However, many reports speculated that the long-rumored Nokia tablet. Now, there seems to be some clarity regarding the same.

Nokia Mobile took to its Twitter handle to confirm that the tablet will be announced on October 6. The caption reads, “Everything you’d expect from a Nokia phone in a tablet. Coming 6.10.21”. This caption gives us clarity that we can expect the Nokia tablet to be announced at the event next week.

What’s more interesting is that the tweet is embedded with an image, which shows the Nokia 3310 (2017), the redesigned feature phone and the upcoming tablet. This image shows a glimpse of the side profile of the upcoming Nokia tablet. It shows that the Nokia tablet could be launched with a flat frame and rounded corners. Also, it is said to have a dark gray or black finish and feature a slim profile.

Given that HMD Global has been launching Nokia smartphones with the stock version of Android OS out-of-the-box for many years, the Nokia tablet is also expected to run the stock version of Android. Moreover, similar to Nokia Android smartphones, this tablet could also arrive with software support for a few years. Probably, there could be two years of OS upgrades and three years of security updates.

Already, we have been coming across reports regarding the Nokia T20 tablet. This upcoming tablet is speculated to arrive with a 10.36-inch display and get the power from a Unisoc processor. The other aspects of the Nokia tablet that we have been coming across include 4GB of RAM, 64GB of storage space and support for the regular 10W charging. For now, the other details remain unknown but we can expect it to be an affordable offering. We can wait for further clarity regarding the tablet from the company in the coming days.

Malicious Android apps that stole sensitive financial data were downloaded over 300,000 times from the Google Play store, according to[...]

iQoo U5 price was revealed on Friday. The smartphone is offered in three storage variants and will be available for[...]

Moto G12 is yet to be officially confirmed by the Lenovo-owned brand. But ahead of that, a fresh leak has[...]