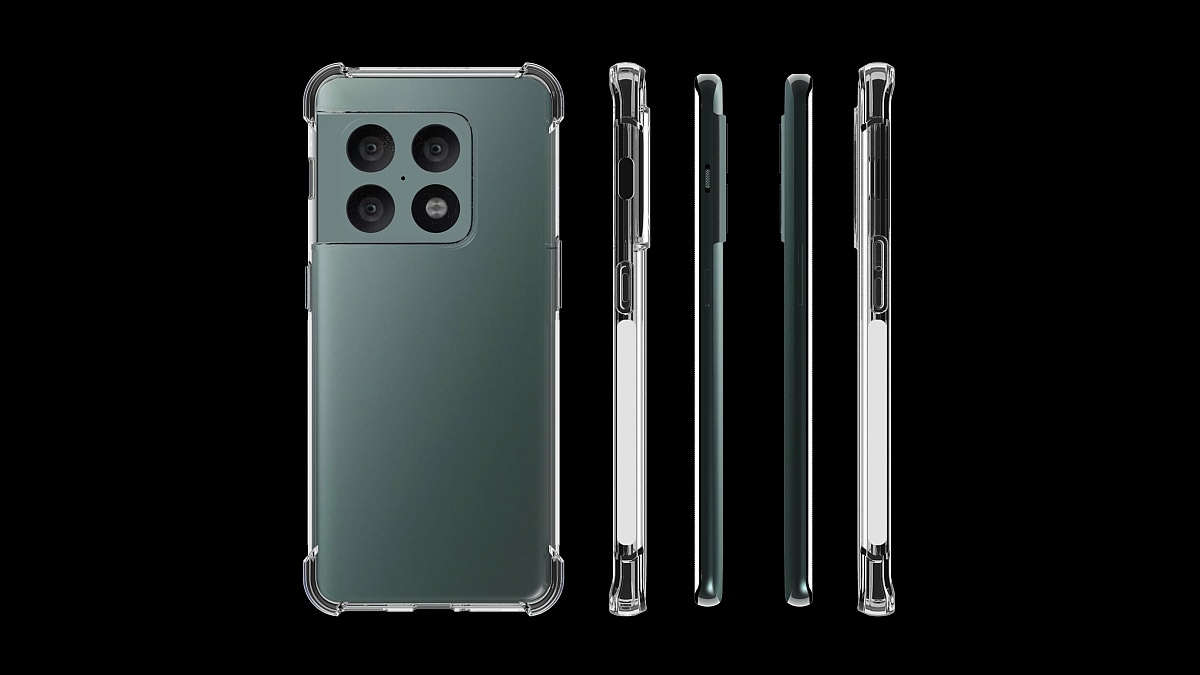 OnePlus 10 Pro case renders have been spotted online, appearing to corroborate previous leaks and alleged handset renders of the upcoming flagship model in the OnePlus 10 series. The case renders which were spotted on an e-commerce website suggest that the rear camera module of the upcoming handset could feature a large square-shaped design. The smartphone is tipped to launch in the first quarter of 2022 and could feature the Qualcomm Snapdragon 8 Gen 1 SoC under the hood, according to previous leaks.

Following two separate smartphone renders that surfaced online this month, new OnePlus 10 Pro case renders have appeared on Alibaba, first spotted by MySmartPrice. It was previously reported that OnePlus 10 Pro CAD renders were spotted first on November 10, followed by another leak on November 16. These renders showed the handset in Black and alternative colour variants with a large rear camera module, while the recently spotted case renders display the same large OnePlus 10 Pro camera module which appears to merge with the left side of the smartphone’s frame. The handset could sport the power button and alert slider on the right edge, while the left spine could feature the volume rockers, according to the case renders.

The company is yet to officially announce OnePlus 10 Pro specifications, but these have been tipped via multiple leaks in the past.

OnePlus 10 Pro could be equipped with the Snapdragon 8 Gen 1 SoC and could arrive in China in the first quarter of 2022, according to previous leaks. The smartphone is tipped to feature a triple camera setup, unlike its predecessor. OnePlus 9 Pro was released n March with a quad rear camera setup featuring a 48-megapixel wide angle camera lens, an 8-megapixel telephoto lens, a 50-megapixel ultra-wide angle camera, and a 2-megapixel monochrome camera.

As per an earlier report, the smartphone could also retain the same zoom capabilities as the current flagship OnePlus 9 Pro, which has a telephoto lens capable of 3.3x optical zoom and 30x digital zoom. Detailed OnePlus 10 Pro specifications are yet to be announced by OnePlus, but the smartphone is tipped to feature a 6.7-inch (1,440×3,216 pixels) LTPO Fluid 2 AMOLED display with 120Hz refresh rate and 526ppi pixel density.

Meanwhile, previous OnePlus 10 Pro leaks also suggest that the smartphone could come with up to 12GB of RAM and 256GB of internal storage. On the battery front, the handset could feature a 5,000mAh battery. Previous leaks have suggested the smartphone could launch in China in January and arrive in other markets in the first quarter of 2022, but OnePlus is yet to officially announce any OnePlus 10 Pro specifications or details.

Moto G Power (2022) smartphone has been spotted in a Geekbench listing. The handset will be equipped with 4GB of[...]

Vivo’s V20 Pro was a good mid-range smartphone, as we concluded in our detailed review. However, Vivo skipped a ‘Pro’-branded[...]