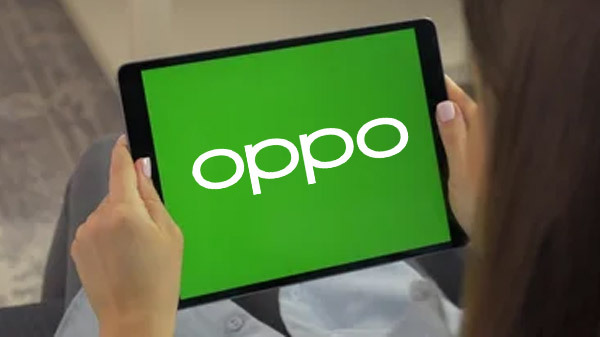 We already know Oppo is working on its first-ever tablet dubbed the Oppo Pad. However, the brand is yet to confirm the existence of the upcoming tablet. Multiple leaks and rumors have revealed the expected features of the Oppo Pad. Earlier this, week live images and features of the upcoming Oppo tablet were leaked online. Now, the latest info has also brought a few details of the tablet along with its pricing.

Reliable tipster Digital Chat Station has brought the new details of the upcoming Oppo Pad. According to the tipster, the Oppo tablet will be priced at CNY 2,000 in China which roughly translates to Rs. 23,290 in Indian currency. Further, the tipster states Oppo will make use of an LCD panel for its first-ever tablet.

In terms of features, the Oppo Pad will come with an 11-inch LCD panel that will have a 120Hz refresh rate and a punch-hole cutout to house the front-facing camera sensor. The Oppo tablet is tipped to be powered by the Snapdragon 870 processor which will be paired with 6GB RAM and 256GB of onboard storage. It is still unclear whether there will be any other variant or not.

For imaging, the tab will sport a single 13MP rear camera and an 8MP front-facing camera. Moreover, it is said to pack an 8,080 mAh battery unit; however, the charging speed is still under wraps. The key highlight of the upcoming Oppo Pad will be its software features.

The key highlights of the upcoming Oppo Pad will be its software features. The tablet is said to ship with ColorOS 12 based on Android 12 out-of-the-box. Besides, the tablet is likely to have a seamless switching option between the tablet and other Oppo devices and come with a dock bar and desktop widgets features.

Additionally, the table might have standard connectivity features and it also remains to be seen whether the Oppo Pad will feature a physical fingerprint sensor.

The features of the upcoming Oppo tablet might sound interesting; however, Oppo has not confirmed anything yet. Considering the leaked features, we expect the upcoming Oppo Pad will be a great competitor to the Mi Pad 5 series tablets which was launched back in August.

The Mi Pad 5 series tablets also ship with an 11-inch 120Hz LCD panel and the Pro model also runs the same SD870 chip. However, Xiaomi has used a 50MP primary camera for the Pro model and it also comes with 5G connectivity which are the plus points for the Mi tablet.

As of now, the launch details of the Oppo Pad are still unknown. Since the pricing and most of the features of the tablet have surfaced, so, the launch seems just around the corner. There is a chance the brand might launch the tablet alongside the Oppo Reno7 series smartphones. In the same news, the Oppo Reno7 series is said to include the standard Reno7, Reno7 Pro, and the Reno7 SE.

OnePlus 9RT was launched in India on January 14 and the smartphone is set to go on sale in the[...]

Flipkart has announced that it is kicking off its next major sale on Monday, January 17. Called Big Saving Days,[...]

Realme 9 Pro+ has allegedly got Bureau of Indian Standards (BIS) certification. The smartphone is said to be a part[...]