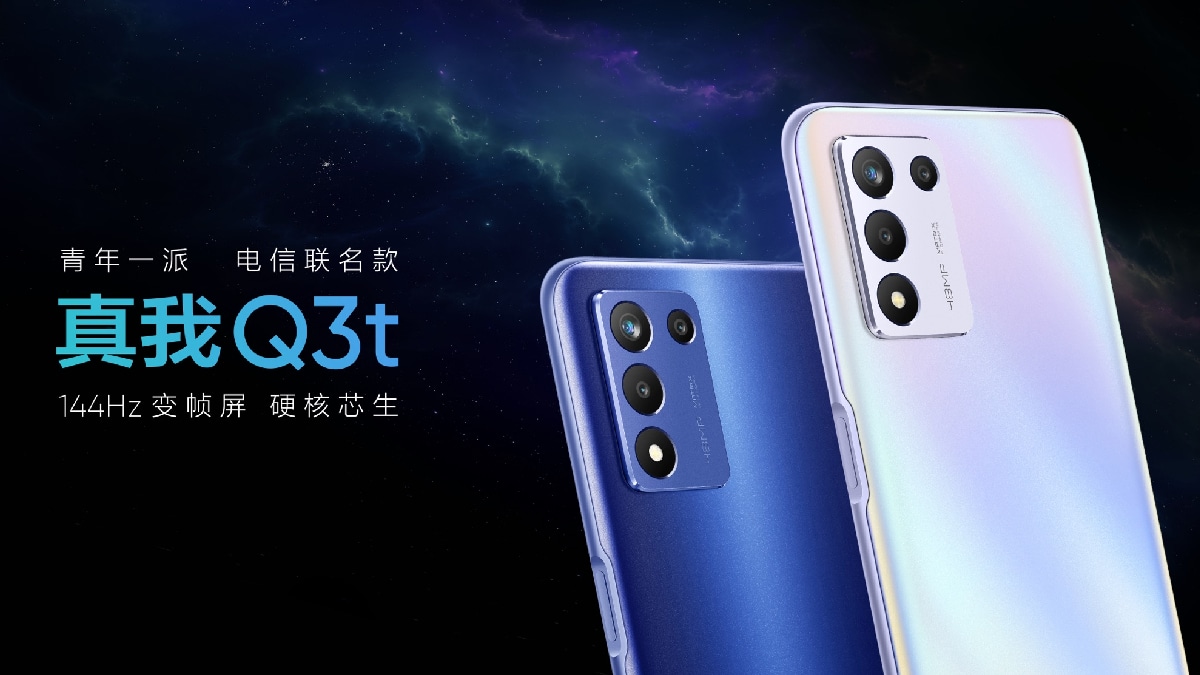 Realme Q3t has been launched in China. The new Realme phone is a successor to the Realme Q3s and comes in two different colour options. The latest Q-series phone features a Snapdragon 778G processor under the hood, coupled with 8GB of RAM and 256GB of internal storage. Realme Q3t has a triple camera unit at the rear headlined by a 48-megapixel main camera. The latest Realme handset offers a 144Hz refresh rate display and packs a 5,000mAh battery that supports 30W fast charging as well.

Details about the launch of the Realme Q3t in India and other markets outside China are yet to be announced by the company.

For optics, the Realme Q3t has a triple camera setup at the back that includes a 48-megapixel main sensor. The rear camera unit reportedly includes a 2-megapixel depth sensor and a 2-megapixel macro sensor as well. For selfies, the handset is reported to have a 16-megapixel front camera. The main camera is said to allow capturing images from as close as 4cm.

The Realme Q3 has a side-mounted fingerprint scanner and is packed with a 5,000mAh battery that supports 30W fast charging.

Redmi has announced that one of its Redmi K50 series smartphones will launch sometime in February and the company has[...]

Xiaomi 12 series is expected to be announced as a successor to the Xiaomi 11 lineup of smartphones later this[...]