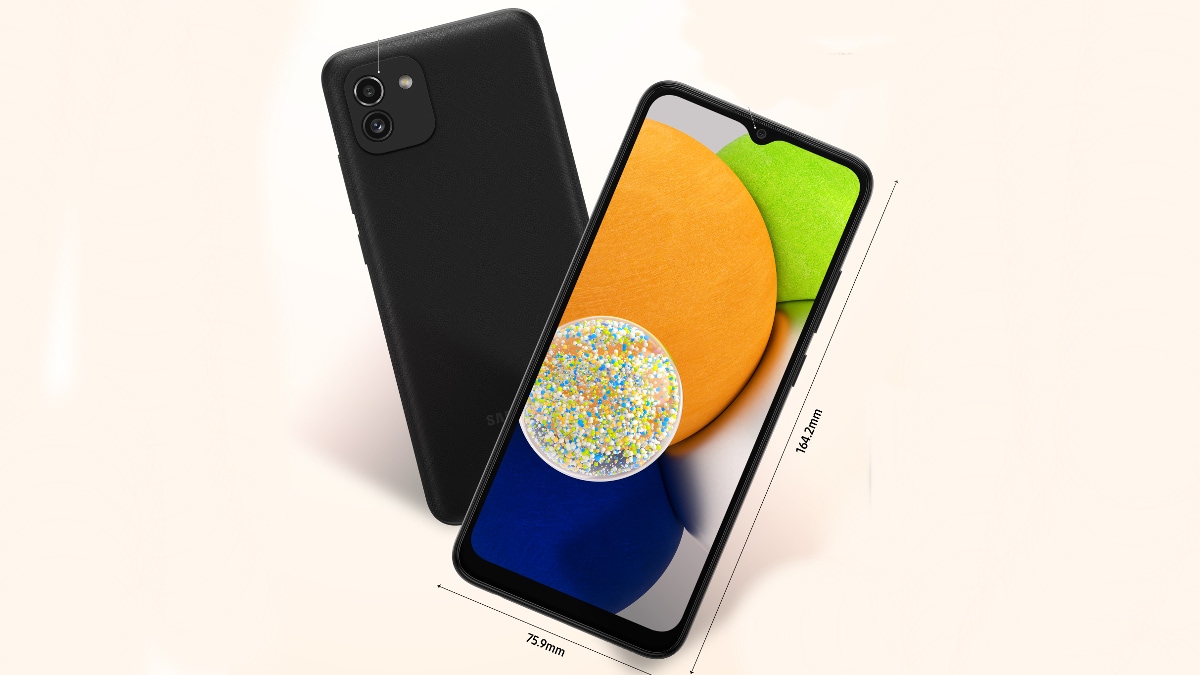 Samsung Galaxy A03 has been officially unveiled by the company. The phone’s pricing and availability details have not been revealed but specifications have been listed in an infographic. The phone will feature a waterdrop-style notch display with a slight chin at the bottom. There is a square camera module at the back that houses a dual camera setup. There are two sensors sitting one below the other and the flash sits alongside. The Samsung Galaxy A03 has a 48-megapixel primary rear sensor and has been unveiled in three colour options.

Aside from pricing, availability information is also not known although Samsung did say it may vary with markets. The Samsung Galaxy A03 has launched in Black, Blue, and Red colour options.

The Samsung Galaxy A03 has a dual camera setup that includes a 48-megapixel main camera with f/1.8 aperture and another 2-megapixel depth sensor with f/2.4 aperture. For selfies, the phone has a 5-megapixel selfie camera with f/2.2 aperture.

Design wise, the Samsung Galaxy A03 has a waterdrop-style notch and a textured back panel. The volume buttons are seen to reside on the right edge. The phone has rounded corners and a flat-edged display panel with slight bezels on the side as well.

iQoo Neo 5S is set to release later today though a special launch event in China. Before it is launched,[...]

Samsung Galaxy S21 FE (Fan Edition) renders have leaked, this time showing a green colour variant. The smartphone, which is[...]